Use our Change Maturity Assessment to diagnose the level of change maturity in your organization.   Take Test now 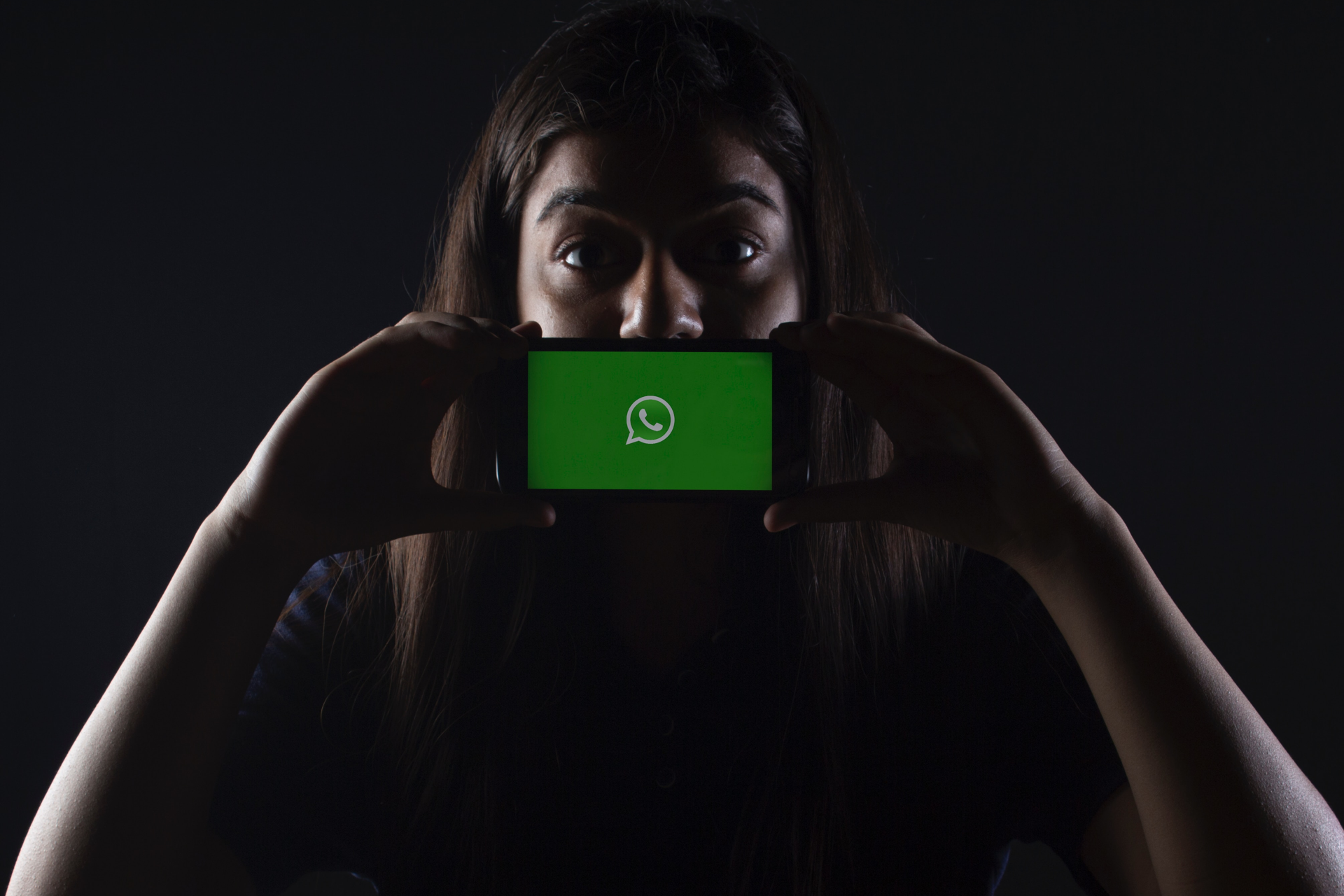 Why change is all about technology, not people

Ironically, the field of change management has been resistant to change. And it won’t change until we stop believing that change is about people. It isn’t. Organizational change is primarily about technology, not people. There. I said it. If you’re a change management professional, I imagine you’re clutching your pearls right about now.

But bear with me. Before you write me off as a provocateur who doesn’t understand a thing about change management—or human beings for that matter—let me boil down my 20 years of philosophical research into one simple realization about technology:

Technology is not what we think it is.

Technology uses us, we don’t use it

My understanding of technology is influenced by the writings of German philosopher Martin Heidegger. In his seminal essay, The Question Concerning Technology, he argues that technology—for example, a hammer, a bicycle or a computer game—is not a tool that we humans use to make our lives easier or more pleasant. Technology is something that uses us to make the world technological. According to Heidegger, the essence of technology is to ‘enframe’ us—to position us in a very specific way. So, a hammer frames a human being as a hammerer. But a bicycle frames her as a bicyclist. And a computer game frames her as a gamer.

The question we should ask ourselves when looking at any technology is not ‘what does it do for us?’, but ‘what does it make us humans do?’. It may sound bizarre, but think about it. Have you ever stopped using one technology and started using another without also changing the way you think and act to some degree? Didn’t it change the way you thought and acted when you stopped using pen and paper and started using computers? And what about when you stopped biking to school and started driving a car? Didn’t it change the way you thought about and behaved on the road?

If you’re like most people in the modern world, you have stopped using one technology and started using another a million times—and every time it has inexorably changed the way you thought and acted.

That’s why one of the best ways—if not the best way—to affect change in us humans is to change the technologies we use to navigate our everyday lives.

Which brings me to a key point about our human relationship with technology: choice. Our relationship with technology is so profound, Heidegger says, that we cannot not think and act in a technological way. However, even though our technologies ‘enframe’ us and position us in specific ways, we have a choice in whether we allow them. So, while a hammer wants to frame us as hammerers, we can choose whether we hammer, bike or game. But we can also choose not to.

Questions have always preceded change in our 200,000 years on this earth.

Throughout human existence, we’ve adapted and changed by asking ourselves whether the technology we’re using right now is the best one for us to continue using. That is, we’ve asked ourselves if the right thing for us to do right now is to hammer, bike, or game. And if the answer was none of the above, we either chose another technology—instead of hammering or biking we drilled or drove—or we invented a new one.

The imperative words here are ‘ask’ and ‘choice’. By nature, we humans are what C.E.M. Struyker Boudier, a Dutch philosopher, calls ‘question-animals’. We’ve evolved by asking ourselves and each other questions about the world and technologies that we share. Questions have always preceded change in our 200,000 years on this earth.

Therefore, if you’re looking to drive change in your organization, the two things you don’t want to do is to limit the technologies your team is using and to discourage your team from asking questions.

To boil it down: In order to produce any kind of change, we need technologies that:

1. Leave room for other technologies

Reminding us that we have choices, and

2. Make room for every human being to ask questions

Reminding us that other people have choices, too

The survey technology is antithetical to change (and undemocratic!)

At its core, survey technology is disempowering and disengaging. It makes us think and act as if there are two types of human beings: Those who do have a choice, and those who don't.

Surveys are the proverbial bread and butter of organizational change management. Whether working on employee engagement, customer satisfaction, cultural assessment, personal profiling or leadership evaluation, organizational developers use survey technology to collect and process data about their employees, customers and other stakeholders.

The question is: Does survey technology make people think and act like change agents? And the answer is a resounding ‘No!’ Quite the opposite.

This binary ‘survey way’ of thinking and acting permeates every part of every organization. That’s why we have managers and employees, strategy and implementation, internal and external stakeholders. At its core, survey technology is disempowering and disengaging. It makes us think and act as if there are two types of human beings: Those who do have a choice, and those who don’t.

Now, you might know (or be) a manager who believes that employees actually don’t have a choice but to adapt when the organization requires it. That, unless those employees change the way they think and act, the company won’t survive, and those employees will be out of a job. And that might be true.

But, we must also acknowledge that changing the way employees think and act by  asking them to think and act differently is a fool’s errand. It will never result in real change. It’s no wonder that most change programs fail to achieve their goals.

Your employees cannot drive change no matter how much they want to because the survey technology you're using is framing them as humans who are passive, voiceless and choice-less.

Your employees are not resistant, they are excluded from change

One of the beautiful—and difficult—things about human beings is that you cannot just ask them to change. Unless they choose to change, they will continue doing whatever they were doing before you got there.

That means that the only chance you have to change the way other people think and act is to get them to reevaluate what they’re doing and to ask themselves whether what they’re doing is the right thing to be doing right now. And that is the exact opposite of what the survey technology does.­

Instead of prompting employees to ask themselves and each other questions about what’s important to the job they are doing, surveys reduce them to respondents—someone who reacts to what others think is important.

That keeps the majority of the people in your organization in a position where they cannot produce change. It’s not that they’re resistant to change the top-management is pursuing, or that they don’t see the need for change. Those are excuses that we’ve held on to for way too long. The explanation is a lot simpler: Your employees cannot drive change no matter how much they want to because the survey technology you’re using is framing them as humans who are passive, voiceless and choice-less.

By using Qvest technology, your organization will start thinking and acting in a different way. You'll become a change-centered organization.

But Qvest is the only technology ever invented that is question-centered in the sense that it empowers human beings to ask their own questions, form their own opinions, take their own position on what’s important—and then make choices, evolve, adapt and change.

Qvest is designed to make people ask each other questions about the things that matter to the company or the community they are part of. Instead of nudging people to think and act in a specific way, Qvest empowers people to think and act in accordance with what’s important to them at the specific time and place they are in. It nudges people from the entire organization to air their insights, explore options, question the conventional thinking, and recommend out-of-box solutions.

By using Qvest technology, your organization will start thinking and acting in a different way. You’ll become a change-centered organization. Change won’t happen at dedicated times of the year, but every minute of every day, and everybody will be empowered to produce it.

Change your technology and everything will change. Free eBook
How to make organizational change a joint quest

Co-founder and Chief Methodologist at Qvest. Pia is the inventor of the Qvest method. She has a PhD in Philosophy and has spent the last 20 years researching and writing about the nature and impact of questions.

Use Qvest to act on risks and opportunities.