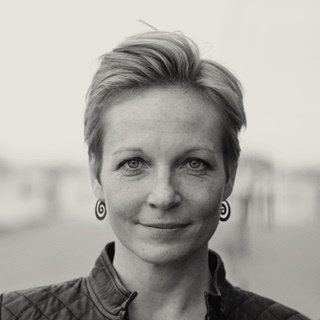 Remember when you were in school and your teacher announced that your class would be working on group projects?

If you went to a typical school as a child, here’s how such things usually went:

2. The teacher would purposefully throw mismatched classmates into the same groups together, in the spirit of “mixing it up.”

3. If there were any questions about how the assignment should be done or what a high-scoring assignment looked like, the group was left in the dark because the teacher wanted them to “figure it out for themselves.”

4. When it came time to actually do the work, there was no clear leader and a lot of arguing over whose ideas would be implemented.

5. There was that one kid who never showed up to work sessions.

6. There was the other kid who wanted to outsmart the teacher by cheating or using shortcuts that could lead to the entire group getting a low grade.

7. Then there was the workhorse: the kid who dutifully did their part, as well as the parts of the laggard and the cheater. If you’re reading this, most likely that kid was you.

8. As a last resort, parents had to step in to help complete the project. If you happened to come from a family whose parents weren’t or couldn’t be involved, you got the short end of the stick.

9. On the day of the presentations, you plopped your sad, stained moving box-turned display board onto your desk. The helicopter-parented kids proudly displayed glitter-glued, laminated poster boards. Even if you got a passing grade, you felt like a failure.

And what was the outcome of such exercises? Has anyone ever looked back at the typical school group project and said “I was forever changed for the better after that experience.”?

No! If anything, you look back and think “Man am I glad I got through that ordeal in one piece.”

Is it any wonder, then, that when we grow up to work on projects together, the majority of them fail? Is it strange, that we don't know how to achieve project success?

A world full of unfinished projects

That, according to PricewaterhouseCoopers, is the number of companies––out of 200 organizations running 10,640 projects in 30 countries across all industries––that successfully complete 100% of their projects.

To put it another way:  right now, at this very moment, 97.5 percent of companies  around the globe have a project that’s going down the tubes. Which leads to the question: how much money is being wasted when projects aren’t managed well? The Project Management Institute (PMI) estimates that in the US alone, “we see $122 million wasted for every US $1 billion invested due to poor project performance.”

While it’s positively criminal that poorly managed projects cost the world billions of dollars, the financial loss is nothing compared to the price we pay in wellbeing and lives.

The highest cost of all

Modern history is littered with examples of poor project management that led to disaster. In the past year alone, our world has been witness to such dire consequences:

Now: what does all this tragedy have to do with you? After all, you may be just a cog in the greater machine of your company. How could mistakes in your project management possibly lead to such catastrophic events?

Let’s put it this way: behind each of these disasters, there was a team who failed to ask the right questions so they could see how their project fit into the larger system they were helping to create.

An IT infrastructure team failed to ask if the lack of federal agency systems integrations could lead to the misplacement of children or other dependent individuals taken into federal custody.

An executive team at Puerto Rico Electric Power Authority (PREPA) failed to ask how they could continue to manage and maintain an essential power grid without relying on federal tax perks.

An IT integration team at TSB failed to ask if three days would be long enough to properly test, remediate, and incrementally release a complex banking platform.

None of these teams could have anticipated the enormity of the disasters their organizations would be responsible for.

But with more rigorous scrutiny as these projects were planned and managed, thousands of innocent lives and livelihoods could have been saved.

How can your organisation ensure a culture of project management success?

Instead of ruminating on what wasn’t done in the past, let’s put our sights on what will happen in the future. The field of project management is experiencing a transformation from focusing on doing things “the right way” (read: the way it’s always been done) to doing what’s right.

Remember the five companies from earlier that always delivered high-performing projects? There’s one thing they all have in common:

They’re just as concerned with the outcomes of their projects as the processes they use to deliver them.

So what can your organisation do to follow in their footsteps? Here are four important actions you can take or advocate for:

When you have someone in the C-suite who understands your project and how it connects to business strategy, they can use their status to greenlight requests for resources, make informed decisions quickly, and gain the buy-in of other executives and stakeholders. They take the political pressure off of project leads and act as advocates for your project charter.

2) Make room for an agile mindset

The first line of the Agile Manifesto is “individuals and interactions over processes and tools.”

While the Agile project methodology may not be the perfect fit for every project scenario, the ability to approach projects using an agile mindset can take your project management to the next level.

An agile mindset is one that:

3) Change your definition of success

In the previously-mentioned disasters, most of the projects involved were considered “complete” and “a success” by their executive leadership––at least that’s what they told the media.

But the people paying the price for these organisations’ mistakes know that “complete” doesn’t equate to “successful.”

According to PMI, “The traditional measures of scope, time, and cost are no longer sufficient in today’s competitive environment. The ability of projects to deliver what they set out to do—the expected benefits—is just as important.” (PMI)

4) Embrace a culture of questions

All the above actions will be supported and strengthened by adopting a culture that sees curiosity and questions as the fundamental elements of any successful endeavor.

When you introduce a rigorous, recurring period of inquiry as an essential feature of your project methodology, it will not only help you ask the right questions at every stage, it will also:

Make your project a success before it begins

Imagine going back in time to the classroom where your teacher assigned the group project. Instead of groaning, your classroom bursts into whoops of excitement. You are tapped as a group leader, and after asking your classmates about their interests and abilities, you recruit the best people for each role in the project.

Your teacher has given you clarity on what a successful project will look like. She even points you in the direction of members of the community from whom your team can get answers or feedback.

As a team, you work toward a common goal. Each member brings their passion and enthusiasm to their contribution to the project. The knowledge you bring back from the conversations among your community members helps shape the direction and outcome of your project.

By the time the project is due, you don’t even care if you get a good grade or not: you can’t wait to share your work with the rest of the class.

That’s what the power of questions can bring to an endeavor. It transforms a project from an ordeal to a meaningful experience that all stakeholders learn from.

When you lead with curiosity, your project is already a success before it begins.

Co-founder and Chief Scientific Officer at Qvest. Pia is the inventor of the Qvest method. She has a PhD in Philosophy and has spent the last 20 years researching and writing about the nature and impact of questions.

Get in touch to explore how Qvest can help get better results in your organization.